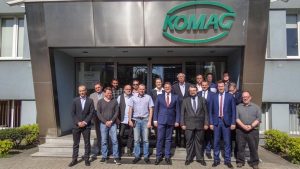 KOMAG hosted our second Partners’ Meeting in Gliwice, Poland, on 18th and 19th April 2018. On the first day, each partner organisation gave a presentation on the research they’d conducted during the first 9 months of the INDIRES project. It was encouraging to see the significant amount of progress that has been made so far and the collaboration between partners, both of which give us confidence that a very successful outcome will be achieved. The first day concluded with a discussion of organisational issues. 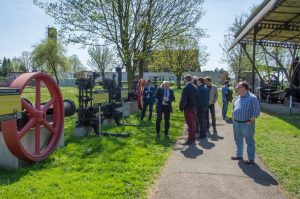 The second day started with a presentation on their organisation by project partner the Silesian University of Technology. This was followed by a tour of the University’s laboratory and workshop facilities. In the afternoon, partners were taken to a nearby museum based around a former mine. In a change from coal mining, however, the mine at Tarnowskie Góry had been a major producer of silver, lead and zinc. A closing ceremony was held at KOMAG’s offices.